There is one way to end a drought in the West Country – get us to organise an event at Umborne Hall ! It happened with the Umborne Ug on July 1st and it happened again on Friday 24th August for our annual summer BBQ. However, about 50 to 60 locals turned up and had a very enjoyable evening inside our hall.

Photos can be enlarged by left clicking once and then left click again for a full screen pictuire.

Can you match up the photos: Jack proving that you can down a giant burger in one, Jules and Paul boring Sue, Linda, John & Helene doing the funny face game, Jules and David sharing a meal for two and who dunnit. 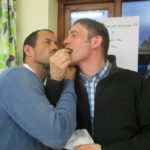 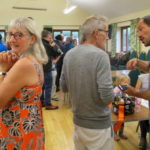 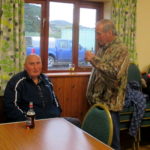 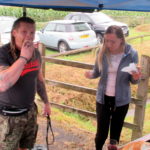 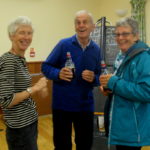 A total of £423 was raised for our hall funds – the building of an extension to the kitchen. Eleanor’s Spin the Bottle game raised £91 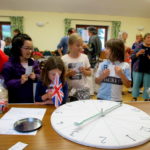 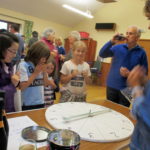 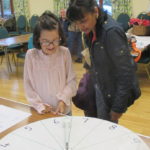 Neville, Henry and Guy who gallantly cooked all evening outside – well at least they were under a gazebo! and made a £99 profit. 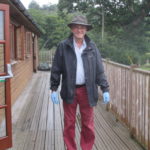 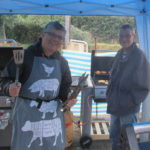 Inside Antonia and Angela worked hard on selling raffle tickets and ducks for the “dry” Duck Dash and they raised £117. 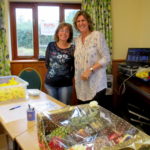 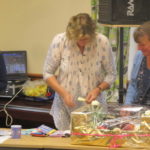 The Cream teas team of Geraldine, Melanie, Cherryl and Clare raised a magnificent £77 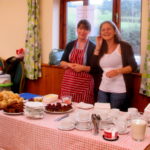 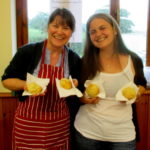 Manning the bar were Phil and Michael and thanks to some thirsty customers they raised £115. 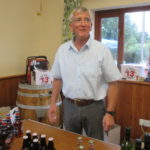 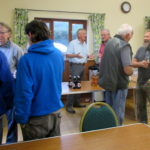 Thank you to everyone who either helped including Rob on the PA or just came along and joined in the fun. Well done the Umborne Community.