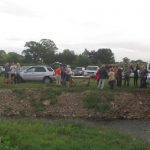 On Friday September 2nd we held our annual Duck Dash at Easy Bridge in Umborne. We were pleasantly surprised by the turn out as it appears that nearly the whole community of the valley came and enjoyed themselves. 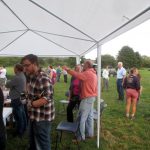 There were some new faces, people who have recently moved into the area and they all commented on what a wonderful community spirit there is in our valley. So thank you all for your support. 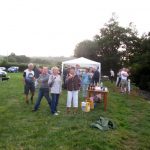 The 8 Duck Races proved very popular as did the home made mini raft event. 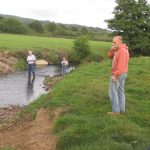 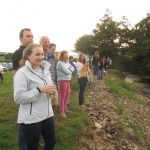 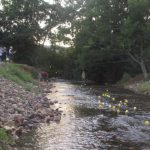 The best raft belonged to Eloise Shepherd and it was so streamlined that it also won the race! 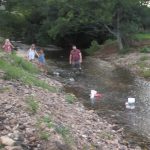 Thank you Antonia and Angela for organising that and raising £66 and for Chris and John for helping with the races in the stream. 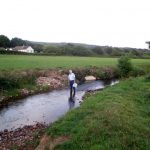 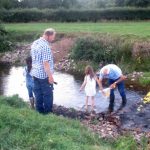 Other events were Eleanor’s popular Spin for the bottle game which raised £41 and allowed at least two families to go home very pleased! 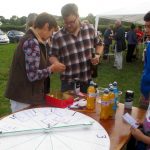 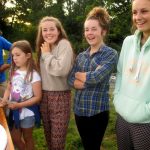 Antonia’s local map game which was won by Linda raised £42.50. 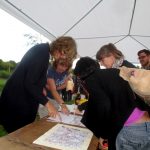 Then there was the catering crew of Neville, Carolyn, Henry, (BBQ which made £101), Teresa & David (Bar £63) and Melanie (Cakes £25). Thank you all for helping to feed and water the big crowd. 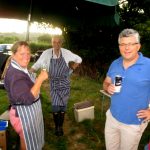 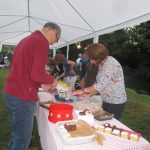 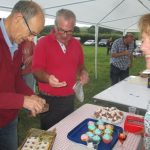 There were also two car boot stalls. In total the sum of £338 was raised for the hall funds.

Thank you to all who helped – also the cakes makers, to the Broom family who kindly allowed us to use their field at Easy Bridge, to Rob on the PA system 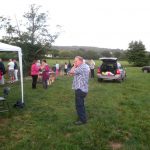 and to so many locals for turning up to support us. 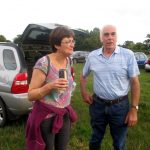 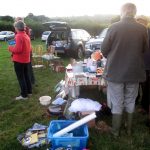 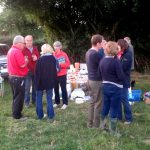 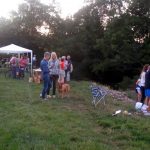