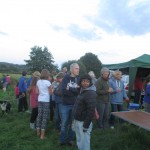 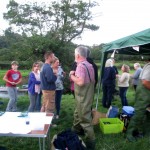 Last Friday evening a large number of the local community gathered in the field by Easy Bridge, Umborne for this annual event. It would seem that the changed timing suited most people as the turn-out was very pleasing. 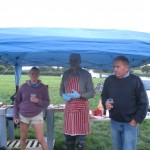 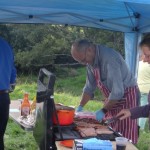 Neville cooked us some great sausage sizzles with help from Carolyn and John and a profit of £90 suggested that people ate more than on the usual Sunday afternoon. 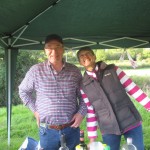 The bar was run efficiently by Teresa who with a little bit of help from Michael, did a great job on keeping people topped up, making a profit of £61. 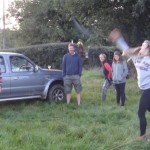 David was on welly wanging and the male category was won by Rodney, best female was Antonia again and young Peter won the youth prize. Well done to all those who took part. 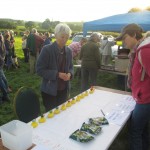 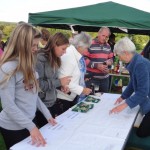 The popular duck race entries were sold by Lin and later on Antonia and this raised £73 – a fantastic effort. 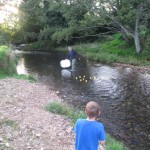 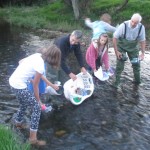 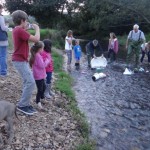 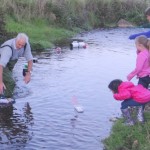 The home made mini raft race was won by Fin’s creation and the best raft was awarded to Eloise – well done everyone, especially Chris, Phil and Steve who spent quite a while in the cold brook with the help of a few younger people.

Eleanor’s Dating Game raised £46 and the main prize was won by…. wait for it… Eleanor!!! with Tara winning the second prize – chocolates! 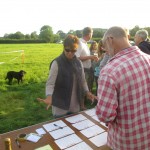 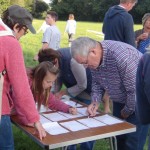 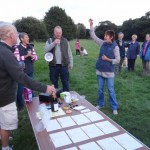 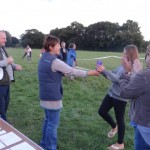 Then there was the fun dog show which was organised by Richard and Alex to whom we are very grateful. 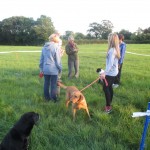 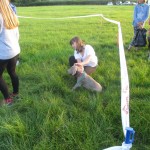 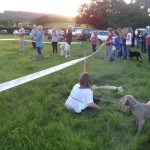 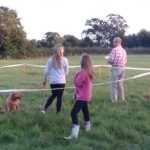 There were 7 categories and best in show was won by Macallan Corr with Willow Wood winning the obedience class of course! 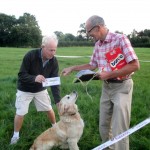 In this same class was Sizzles Wingham who got the best laugh of the evening by totally ignoring Cherryl’s commands and going off to do her own thing, as it were! 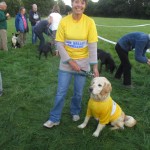 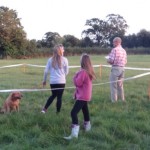 A profit of £270 was raised for the hall funds so a huge thank you to everyone who supported this event and also to the Broom family for kindly allowing us to use the field by Easy Bridge.