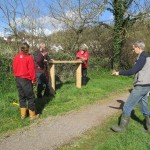 (To enlarge photos, left click on them once and then left click again for a full screen picture) 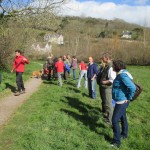 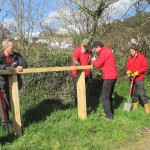 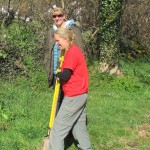 A solid oak bench, donated by the National Trust in memory of our late friend, husband and father Kimmo Evans, was installed on the green triangle below the Mason’s Arms, Branscombe, on the footpath from the Sea Shanty to Branscombe village hall. Members of the National Trust ( in the red tops) led by Peter Blythe  and AONB’s Chris Woodruff and Pete Youngman were on hand to dig the holes and position this magnificent bench with the initials KE engraved on the front. 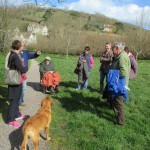 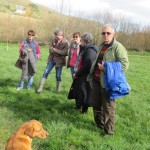 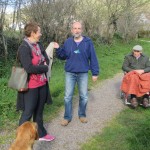 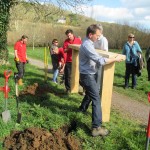 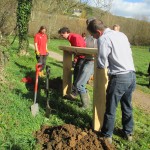 Steph was rightly the first person to sit on it – and she was joined by friends from Umborne and beyond – and there were glimpses of the sea from this vantage point which Kimmo would have enjoyed. 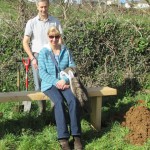 Levels were checked as “Lola” (who seems to feature on most photos!) tried to remove the foundation stones: 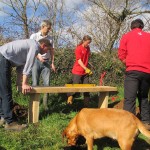 Mementoes and coins were put in the foundations: 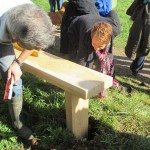 Members of the working party: 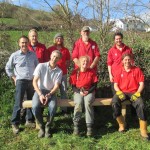 and those who mostly had just stood and watched: 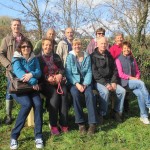 So if you are passing, tarry a while and enjoy!