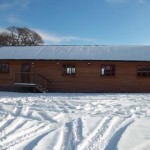 MEETING OF THE UMBORNE INSTITUTE TRUST

This had been an informal meeting and no minutes were taken.

Renaming of the Hall – This needs to be approved by the AGM, so the trustees discussed several names for the Hall and agreed to suggest ‘Umborne Hall’ to be put to the AGM.

Numbers of trustees – Rob confirmed that no more than 12 trustees were allowed under the terms of the constitution. Lorna was co-opted as secretary and with Lynne standing down and Liz, Sue and Peter standing for re-election this made up the full number.

Paul presented the income and expenditure figures for the year ending 31st October 2012, which have been audited by John Buse. The balance carried forward is £12,133.08. Since then he has also paid insurance (£829) and for the new chairs (£2400). He has received a letter from Karenaid thanking us for our donation of £146, as a result of the 12th Night party raffle.

Eleanor told us about some planned events in the next few months:

23rd March – theme night. This will probably be a Spanish theme. 12th April – Peter and Gilly will kindly be hosting another organ recital evening. There is also a plan to have another music night, date not confirmed yet. Eleanor has received a letter from Cancer Research thanking us for our donation of £235, as a result of our New Year’s Eve party.

There was nothing particular to report, this is still on-going. The issue of whether to think about an extension, particularly for the kitchen and to provide more storage will be discussed at the AGM. It is hoped to be able to remove the lock-up storage outside at some point when there is alternative storage for the items currently there.

There was no other business raised