12th Night at the Hall

We were delighted with the huge turn out for this annual event in the hall – 75 locals turned up for an evening filled with food and fun. We had four wonderful people from Shute Stables and even a couple from as far away as Whitford! – what a grand way to start the new year! 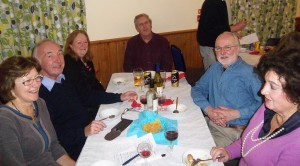 Everybody brought a plate full of either a savoury dish or a dessert, and some even brought both so there was plenty to go round with just a few sausage rolls left at the end! After Peter’s Grace, we all tucked in table by table. 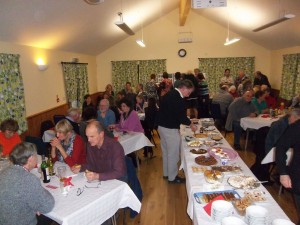 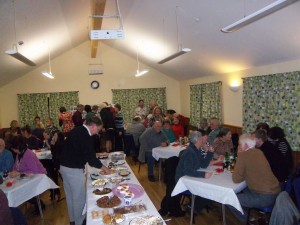 Tony and Antonia went round persuading people to part with their money in the raffle ( there were 24 prizes on the table and not all of them were Christmas present rejects!) and they raised the impressive sum of £158. Well done and our thanks to them. 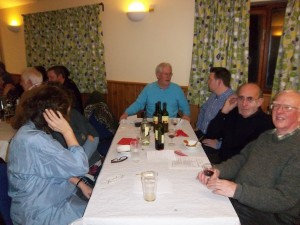 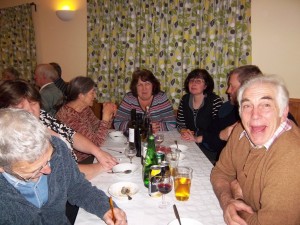 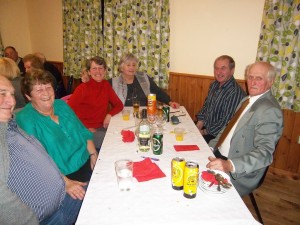 Simon, down from North Devon to run the Axmouth Challenge run the next morning, looked after the bar 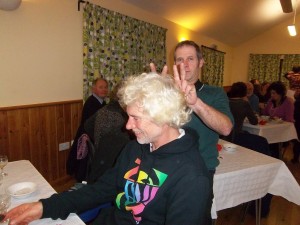 and there were other activities to occupy people’s minds such as Liz Gosling’s picture quiz (poor Liz was ill in bed so was unable to attend but did send the answers with hubby Tony) and this was won by Table 1 ( which we called Bernard’s table – don’t be fooled by the photo above, he can be quite intelligent at times!)  with 46/50 – superb. The children’s picture quiz prepared by Jan was won by Lydia and Ella with full marks – very well done. The table quiz with questions on the year 2011’s events and a couple of “7”th and “January” tasks, was won by Table 3 ( the Whitford/Shute group ) with 33/44 – a slightly harder quiz this one. 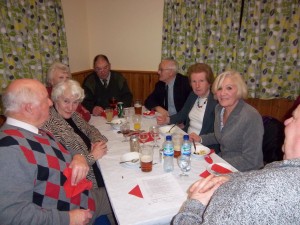 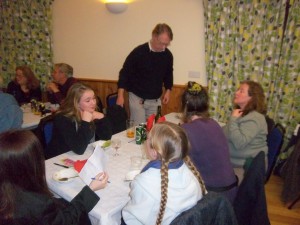 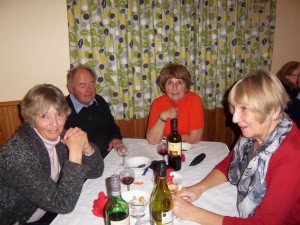 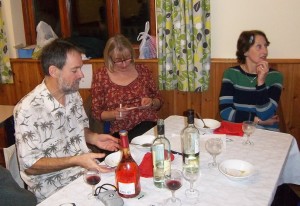 Thanks to all the helpers – those who set the hall up the day before, the helpers on the night – washers-up, clearers, cleaners etc. – everyone helped this event reach great heights of enjoyment.

We all went home at about 11pm tired, but contented. A great community get-together.