Posted on April 30, 2010 | By admin
Umborne Ladies Social Club – Ladies, your valley needs you!
The next meeting of the Umborne Ladies Social Club will be held on Tuesday afternoon, 8th February 2011 at 1.45 pm when we shall be having a talk and demonstration, given by Trudi Farmer, on Aromatherapy, Massage, Indian Head Massage and the use of Essential Oils in the Home/First Aid.
We are a friendly bunch of ladies who meet once a month in the Village Hall, in the afternoons in Winter and evenings in Summer, to socialise, listen to speakers and generally keep ourselves up to date with what is happening both within the valley and further afield.
The origins of the Club lie with the Umborne WI members of 1947 who started to hold their meetings in the now demolished Quonset hut and the meetings have continued ever since. It would be good to keep this spirit alive – especially as we now have such a splendid new Village Hall. If you would like to participate, just turn up – everyone is welcome.
We look forward to seeing as many of you as possible – it should be an interesting and relaxing afternoon!
Sheila Townsend
01297 552513

We are delighted to announce that now our wonderful new hall is  ready, the
Umborne Ladies Social Group will re-commence our monthly meetings next Tuesday afternoon,
9th November, at 2.30pm when our guest speaker will be Dereck Wrenn, Colyton Town Crier.
For those who are unaware of our existence, we are a friendly bunch who meet on the 2nd Tuesday of every month – in the afternoons during winter months and in the evenings in summer. We usually have a guest speaker and then a good ‘chin-wag’. Everybody is welcome – just turn up. 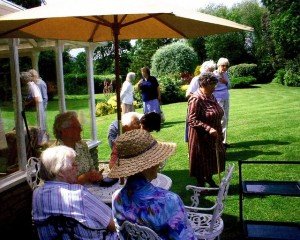 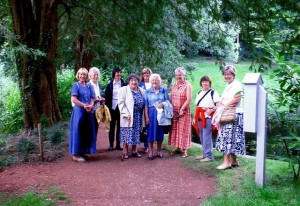 The Umborne Valley has a thriving group of ladies that meet once a month in the village hall in Umborne. The ladies come from Umborne and the surrounding areas.

The group has been in existence for many years. Initially the group was part of the Woman’s Institute but in later years it left the W.I. and became independent as the Umborne Ladies’ Social Group.

The group has a very interesting history. The first W.I. meeting was held on 3rd October 1945 at April Cottage in Umborne. In 1946 it was suggested that a hall should be built for the sum of £600, records are ‘sketchy’, but at a special meeting on 5th August 1947 the first hut was found standing. The hut cost £120, demolition was £15 and transport to the new site £10, the fund in hand was £113.19s, which presumably left a shortfall. Trustees were elected in 1949 and the first kitchen (estimated to cost £150) was operational for the July meeting in 1951. Archives from the 10th October 1951 appear to show a group of 62 ladies voting for 12 committee members.

Today the group prides itself on its excellent speakers. This year has seen varied and interesting topics including ‘The Role of the Magistracy’, ‘The History of Colyton’ and ‘Stage Costumes’. We have come a long way from 1949 when the evenings included such wonderful items as a competition for Baby’s knitted matinee coats, home made Easter eggs and home made slippers. The February meeting was always a trip out to a Pantomime, and records reveal that in May 1967 the speaker gave a talk entitled ‘Farming Without Tears’.

Today’s ladies may mourn with nostalgia the loss of these wonderful days where the ladies were more creative and appeared to have more fun, but the Umborne Valley group still has a lot to offer today. In the summer the group has an annual outing, usually to a Stately Home and lunch, in December we have a Christmas party at the hall, and a Christmas dinner at a local restaurant. Although not quite in the league of an Easter egg or slipper making competition, the group does have a ‘Flower of the Month’ competition and also a raffle followed by tea and biscuits.

Sadly, when the group left the W.I. in about 1996 it had to surrender all its records to the W.I. in Exeter. Many applications have been made for their retrieval but to no avail. It would appear that we have lost some valuable and interesting records.

It is hoped that the group will continue to thrive and the group welcomes new members both young and old. Please join us on the second Tuesday of the month at 2.30 pm in the winter months and 7.30 pm in the summer months. Any queries please contact Sheila Townsend on 01297 552513.  New members will be more than welcome, just turn up and enjoy yourself. 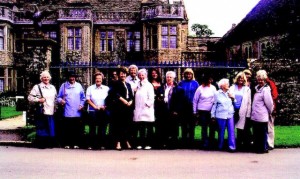 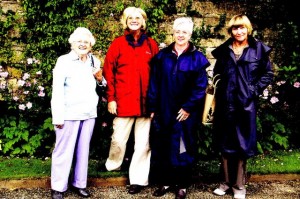 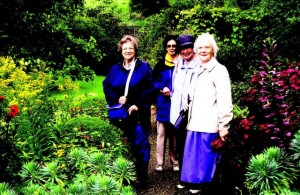 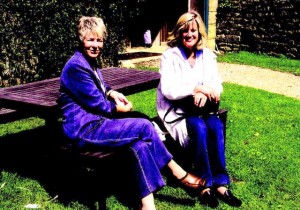 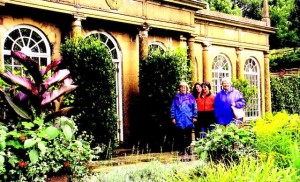 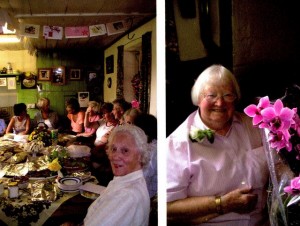